This is the sixth post in a series about Reducing Gun Violence in the United States. The previous post described Age-Related Firearm Restrictions and Safe Storage Laws.

In this post, I’ll explore gun violence as it relates to intimate partners, violent misdemeanors, alcohol and drug usage. 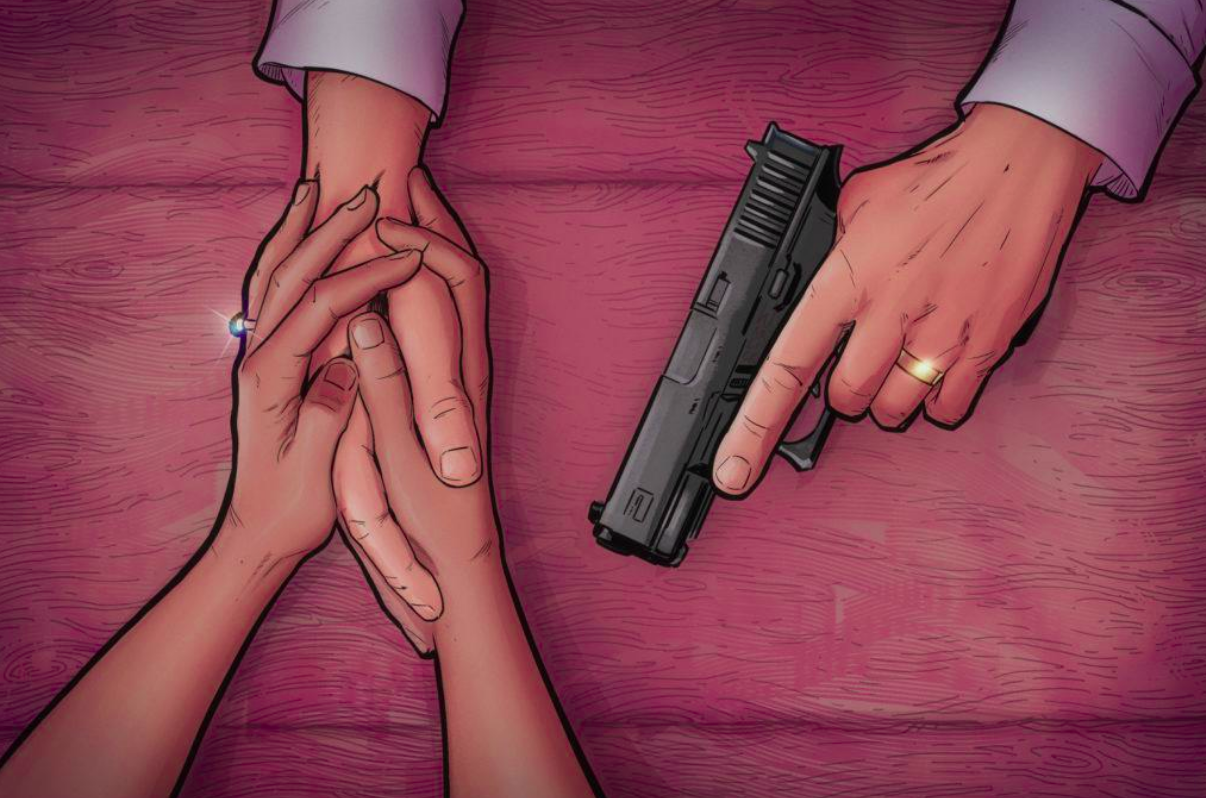 Firearms are used as a way to intimate and control others as well as harm them physically. In domestic violence situations, they’re often used to pressure a partner into some behavior (or to prevent some behavior), and they’re incredibly effective at doing so. In intimate partner homicides, firearms were used in over 50% of cases.

One might ask the question: if we remove the firearm from a partner who might be violent, would that solve the problem?

Federal law allows for something called a domestic violence restraining order, which allows a judge to order the removal of a gun from a person at risk for harming their partner. However, these restraining orders come with some severe restrictions:

Imagine dating a violently abusive partner who you don’t live with – you can’t use federal law to get a gun violence restraining order. Similarly, you cannot petition the court on your own – your violent partner must also show up in court with you. One can clearly see how weak federal law is in protecting domestic violence victims given these limitations.

A variety of temporary or emergency restrictions exist at the state level, which can remove firearms from a domestic abuser for a temporary period of time (such as 21 days in California) without a full court hearing, though they are inconsistent and sometimes hinge on having past criminal convictions for domestic violence. Only about 51% of severe domestic violence events are reported to the police anyway, with even fewer guilty convictions, which severely restricts the effectiveness of many of these state laws. So, the laws which protect those at risk for domestic violence leave much to be desired.

Nonetheless, there is research on the effectiveness of state laws for domestic violence gun restrictions, and it shows significant impacts (source: Legal Firearms Restrictions):

In many cases, state laws that restrict firearm possession due to a restraining order like the ones above prohibit gun possession, but there is often no enforcement effect – no police officers arrive to collect those guns in many cases. As a result, the policies have a limited effect. However, in states where the laws order that the offender surrender their weapon to law enforcement officers promptly, there is a further 12% reduction in intimate partner homicide.

Can we identify individuals who are at high-risk for committing firearm violence in order to take proactive steps to reduce that risk? It turns out that we can.

Alcohol is also a factor in predicting violent behavior with firearms. Firearm owners are more likely to admit to heavy alcohol use than non-firearm owners, and, among firearm homicide offenders: (source: Alcohol-Involved Homicide)

Another study, similar to the one above, looked at future violent offender rates for those with previous alcohol-related crimes (such as driving while intoxicated or drunk and disorderly behavior) vs those without. Again, after 13 years, those individuals who had previous alcohol-related convictions who purchased firearms were over five times more likely to be arrested for a violent offense (5.7% for purchasers without prior convictions vs 32.8% for those with prior convictions).

The correlation between illegal drug use and violent behavior is less clear. There appears to be some correlation between illegal drug use and increased rates of violent behavior, but it varies per drug type, and so it’s unclear if the predictive effect is due to other behaviors (such as drug dealing or related alcohol use) (source: Controlled Substances and Violence).

How effective are laws that restrict firearm purchasing for individuals with past violent misdemeanor convictions? (source: Subsequent Criminal Activity) 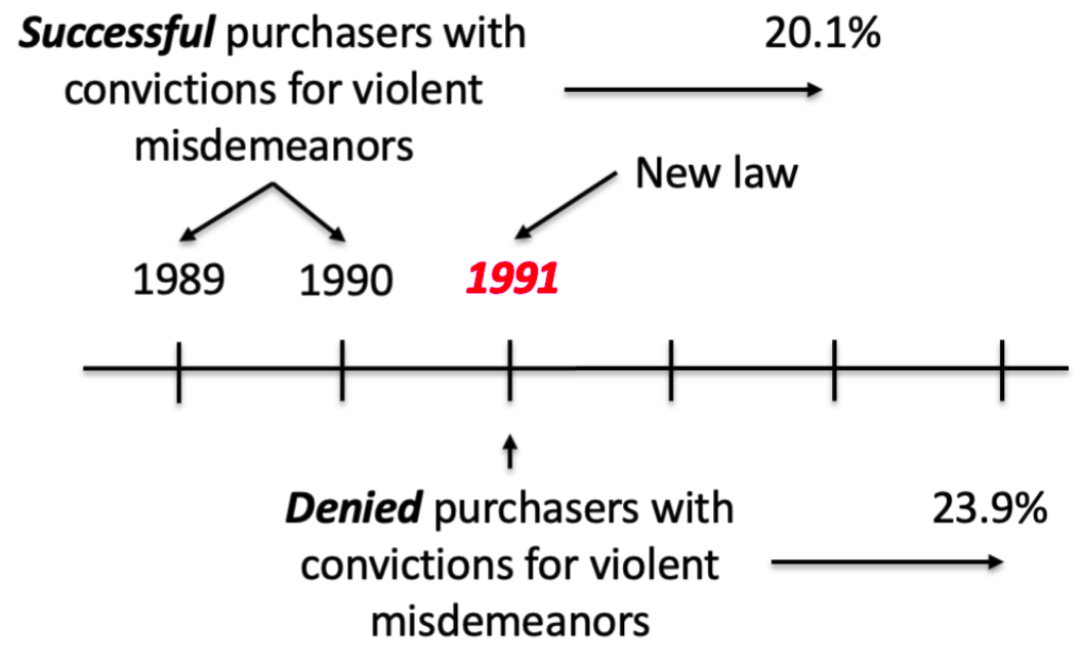 Three states and Washington, D.C. have laws with similar restrictions, but no studies have evaluated their effectiveness. There is also a federal law that bans purchase and possession of firearms for “An unlawful user of or addicted to any controlled substance”, but the effects of that law have also not been studied.

So, there clearly are risk factors for predicting violent behavior, and evidence that firearm purchase and possession restrictions do work, but more rigorous studies are needed.

Next up: Mental Illness, Violence, and Laws