This is the fifth post in a series about Reducing Gun Violence in the United States. The previous post described Laws, the Second Amendment, Litigation, and Obstacles to Research and Policy.

In addition to the restrictions for owning firearms that we saw my previous post on gun laws, federal laws also include minimum ages for purchasing guns. For example:

Why do we have these restrictions? To answer that question, we need to look into what happens to people as they age from children to adults.

What’s going on during adolescence? 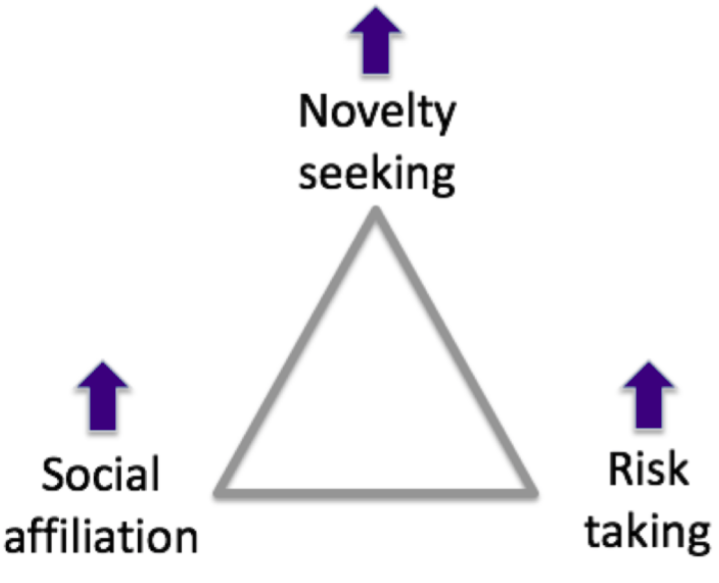 Brain Development in Childhood through Adulthood (source: How does the teenage brain work) 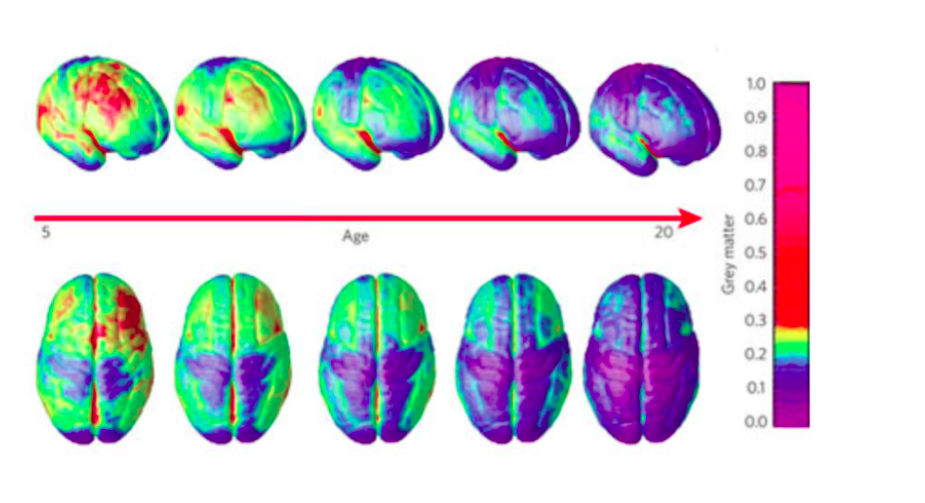 Current scientific understanding shows us that the human brain develops into the 20s and oftentimes well beyond these years. As seen above, the grey matter of the brain matures and gets denser as age 20 approaches (volume goes down but density goes up), generally starting from the back of the brain and moving to the front of the brain. The front of the brain, or the prefrontal cortex, is responsible for all kinds of logical behaviors such as delayed gratification, planning, and self-control. Put another way, those logical behaviors and skills develop more slowly than other skills that adolescents acquire.  (source: Giedd)

Connectivity in the Brain over Time (source: Neurobiology of the Adolescent Brain)

Another important area in the brain that is developing during adolescence is the striatum. The striatum regulates reward-seeking behavior and motivation. Something interesting to note about adolescent brain development is that the striatum matures much faster than the prefrontal cortex. The result of this is that the striatum is gets really good, quickly, at telling the adolescent brain “let’s go!” much sooner than the prefrontal cortex is getting good at saying “hmm, I’m not sure about that activity, let’s think about that a bit more”. In particular, the risks for misusing firearms show through clearly with more “let’s go!” thoughts and less “let’s think about that activity a bit more” thoughts. 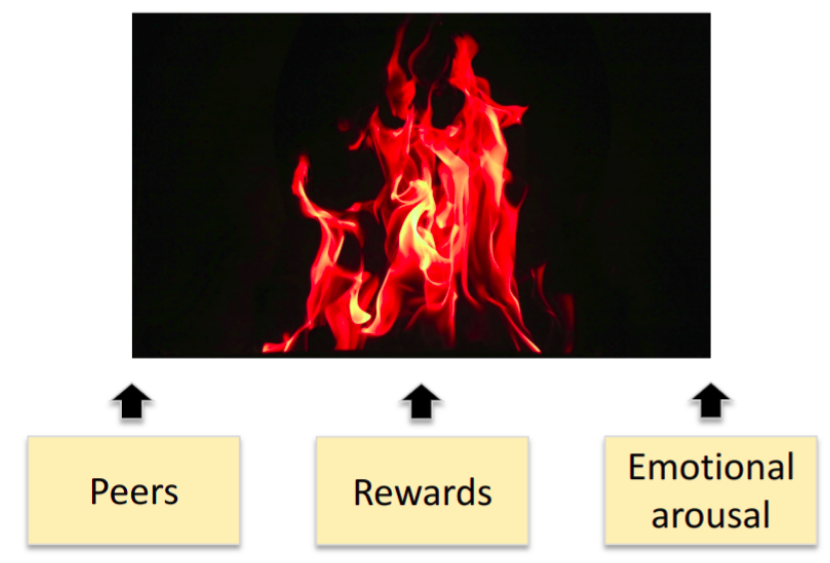 During adolescence, some decisions that people make look at lot like mature, adult decisions, while others look much less mature. Situations in which adolescents often make less mature, juvenile decisions are called hot cognitive decisions, which are those impacted by a person’s emotional state. Those situations often involve peers, rewards, and emotional arousal, which are the same influencers which can trigger poor decision-making (sources: Adolescents Less Mature, Understanding Adolescence).

In short, changes happening inside the brains of adolescents increase the likelihood of making risky or dangerous decisions that impact themselves and others. 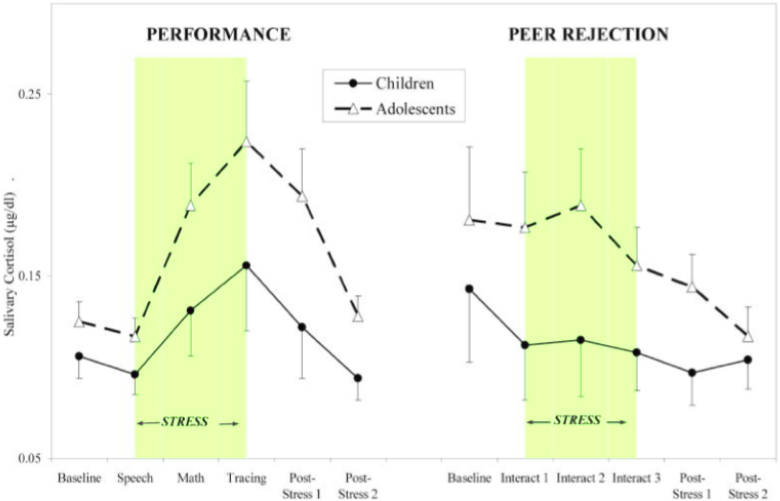 Adolescence is a critical time when any number of stressors impact our emotional lives. Things that happen during the adolescent years which add to this stress include: (sources: Regulatory Processes, Emerging Adulthood)

What does all of this have to do with firearms? Let’s go back to our picture of the minimum ages for purchasing firearms:

Age-related restrictions on firearm ownership are designed to prevent adolescents from mixing this risky period of transition with the lethality of firearms. The goal of these restrictions is to protect not only adolescents themselves but also the general public who might be put into harm’s way.

Child access prevention laws, or CAP laws, require gun owners to store firearms safely so that children cannot access them. Oftentimes, these laws have criminal penalties attached to them for gun owners who do not store their firearms in a safe manner.

Unfortunately, enforcement of these laws is spotty; often, they are not enforced until after someone is harmed by finding a gun stored unsafely in a house – law enforcement officers do not proactively monitor households for use of safe storage techniques. 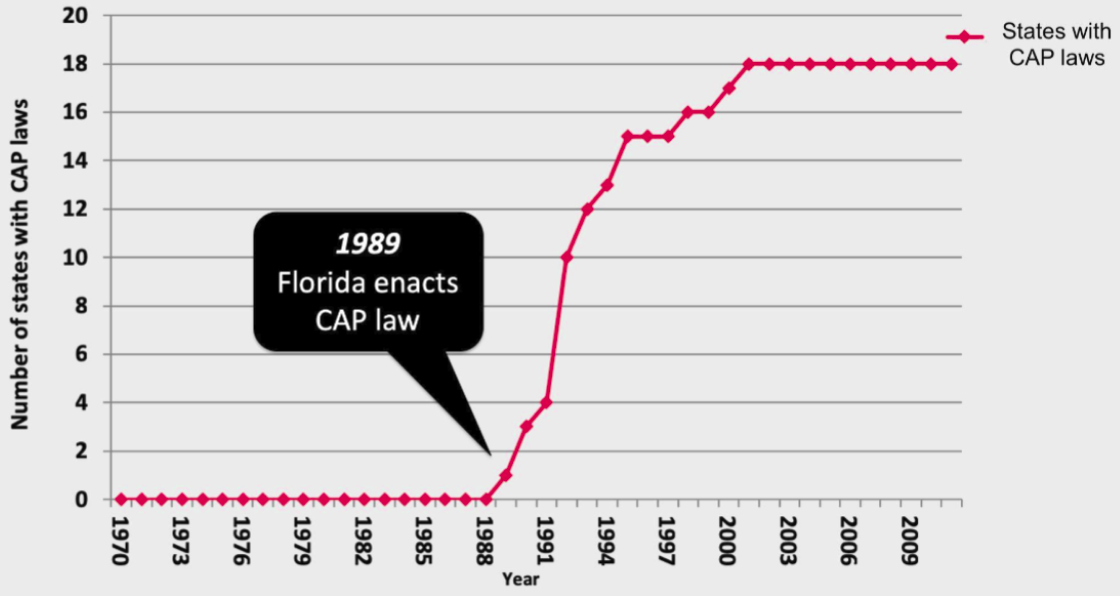 The first CAP law took effect in 1989 in Florida, and since then, 18 states and the District of Columbia have passed safe storage laws. Even more states passed laws which prevent “furnishing” guns to minors without explicitly requiring safe storage. However, no safe storage laws have been passed in the last decade.

Next up: Violence, Alcohol, Drugs, and Guns