This is the tenth post in a series about Reducing Gun Violence in the United States. The previous post described Gun Dealer Oversight and Regulation.

Recall from my previous post on Background Checks that if a federal background check initiated at a licensed gun dealer is not completed within three days, the sale may proceed. Because of this relatively short period for federal law enforcement to complete a check, several states have “waiting period” laws to prevent a purchaser from obtaining their purchased firearm, and these range from three to fourteen days. During this waiting period, the purchaser may not take possession of their legally purchased firearm. These waiting periods have two primary effects:

Many waiting period laws apply to all gun sales at licensed dealers, but a few only apply to handguns or certain types of long guns such as semi-automatic rifles.

States which require a waiting period before taking possession of a gun (source: Giffords Waiting Periods) 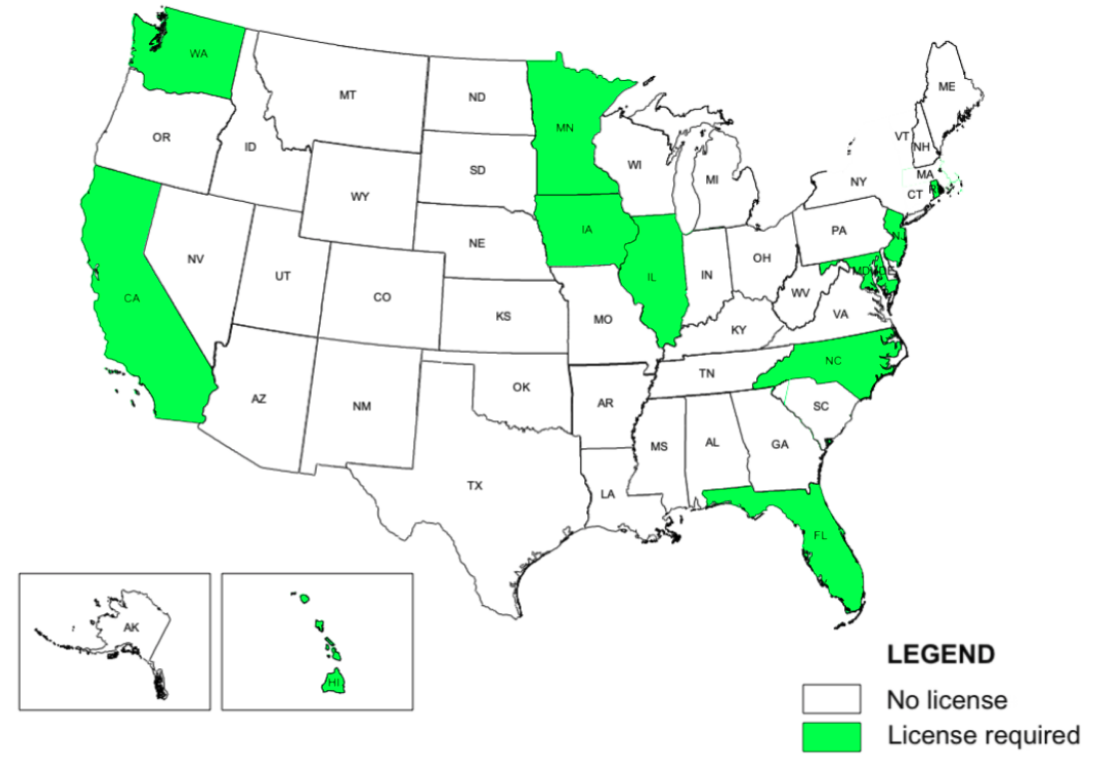 Ten states have waiting periods as of 2019.

Do waiting periods on firearm possession have any effect?

Waiting periods have not been shown to have an effect on firearm homicide rates; unlike purchaser licensing requirements (which, by design, include built-in waiting periods).

Red Flag laws are another method that has been shown to be very effective at reducing gun violence, in particular, suicide.

In many cases, the pretext for removal of firearms from a person is based on that person having a prohibited civil status, such as being a felon. These status categories, based on previous actions of the individual, do not cover many people who are not criminals, have no domestic violence history or history of institutionalization for mental illness. These individuals might show warning signs of violent behavior, such as (but not limited to) substance abuse issues, anger issues, or suicidal thoughts to which existing firearm removal laws do not apply.

Red flag laws, which exist at the state level, fill these gaps. In practice, red flag laws allow family members, intimate partners, or law enforcement to petition a court on their own for the temporary removal of a firearm from an individual who they think is at high risk of committing gun violence. These orders are known commonly as Extreme Risk Protection Orders (ERPOs), though states use different names for them. The individuals who can petition for removal vary depending on the state. A judge may issue what is known as an ex-parte order for the removal, meaning that the person deemed to be at risk does not need to be present before the order may be signed. If a court approves the order, the subject of the order has the opportunity to be part of a hearing of the court to challenge the order before it takes effect, where they are allowed legal counsel, and the state must provide clear and convincing evidence that the individual is still at high-risk. If either the subject of the order does not desire a hearing, or the court rules in favor of the state, the order directs law enforcement to temporarily remove all of the firearms from the subject. These orders are civil procedures, not criminal procedures, so they do not go onto a person’s criminal record.

Connecticut and Indiana were the first states to enact red flag laws, in the wake of publically notable shootings. Research on the use of these laws indicates that individuals subject to these orders typically have many guns – on average, seven per person. Because the majority of people who would use a gun to end their life would have been legally allowed to purchase one on the day of their death, the way most of these laws are used are by concerned family members who fear a relative is at high-risk for suicide.

Two studies have shown the effectiveness of these laws:

Red flag laws have been implemented in 17 states as of 2019 and, depending on the state, have different names for the orders that they allow:

Next up: Civilian Gun Carrying