This is the eighth post in a series about Reducing Gun Violence in the United States. The previous post described Mental Illness, Violence, and Laws.

In this post, I’ll explore two methods designed to keep guns out of the hands of people who are prohibited from owning them: background checks and purchaser licensing laws.

The Brady Handgun Violence Protection Act of 1993 created the federal National Instant Criminal Background Check System, which enables federally licensed firearm dealers to conduct background checks for gun sales. These dealers are required by that law to perform a background check before proceeding with any gun sale.

Below is a flow chart of how the federal background check system works, starting from the left and moving to the right by following the arrows.

NICBCS Process for Purchasing a Firearm from a Dealer (source: GAO Gun Control) 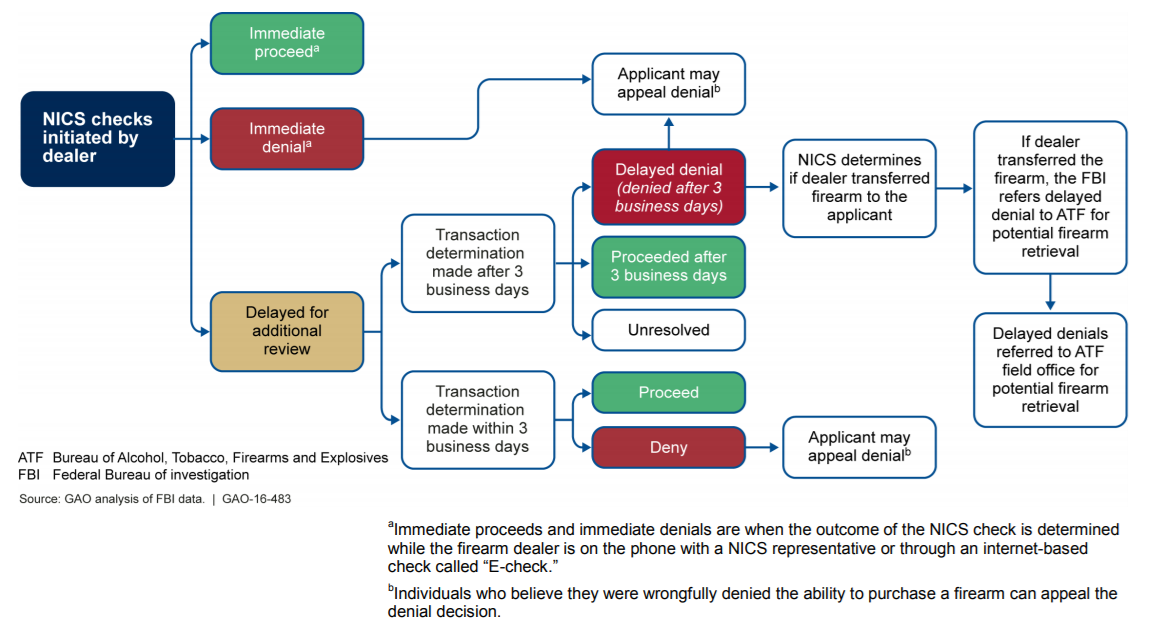 In theory, this system should work fairly well. However, due to states and government agencies not always reporting records that might trigger a sale denial, gaps in records exist for individuals to which sales should be prohibited. These gaps can come from mental health records, criminal prohibitions, or other sources. As a result of these gaps, sales are sometimes made to individuals who would have been prohibited from owning a gun; and those individuals, on occasion, then use those weapons to commit violent acts. 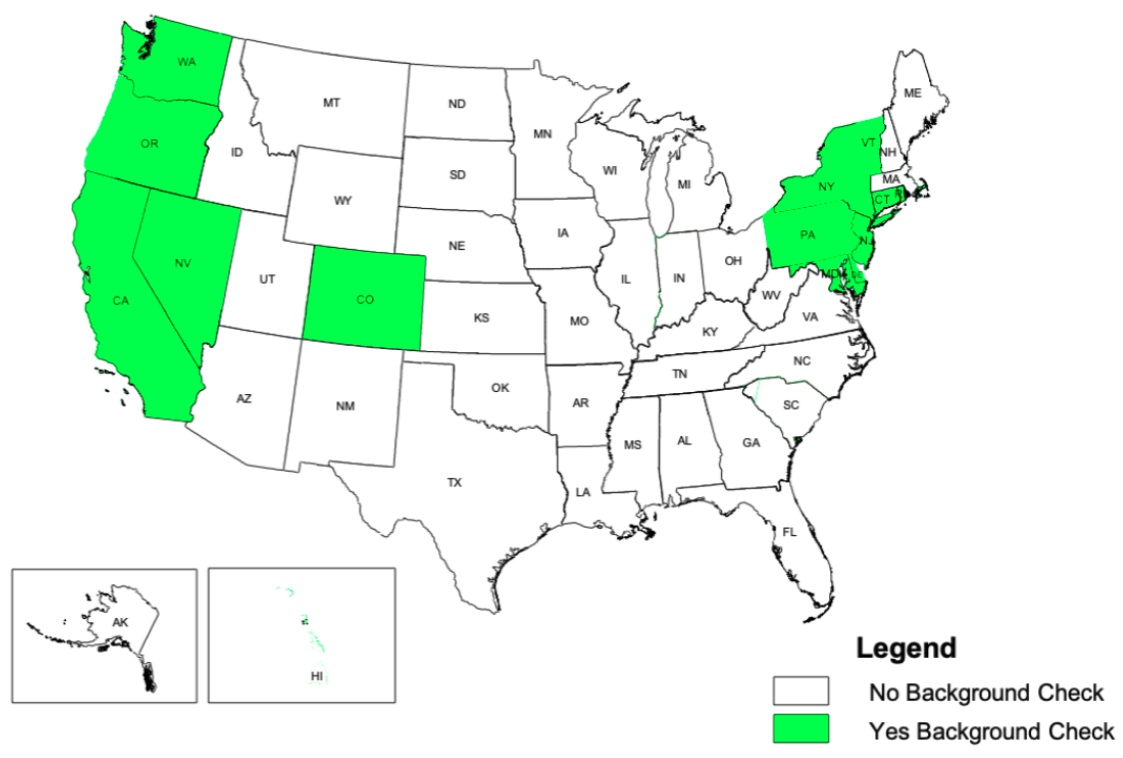 While all sales of firearms by federally licensed dealers must go through background checks, only fourteen states require that private sales must also include a background check, such as individuals meeting through Craigslist or friend-of-a-friend.

Do background checks on firearms purchases have any effect?

However, background checks alone have not been shown to reduce rates of gun homicide.

Handgun purchaser licensing laws require that prospective handgun purchasers obtain a permit to buy a firearm from a state or local government before a purchase can be made. As part of applying for a license, applicants might submit a photograph, fingerprints, or a copy of a government-issued id. They may need to be interviewed by a law enforcement officer, and they may be required to show proof of completing a firearm safety training course. 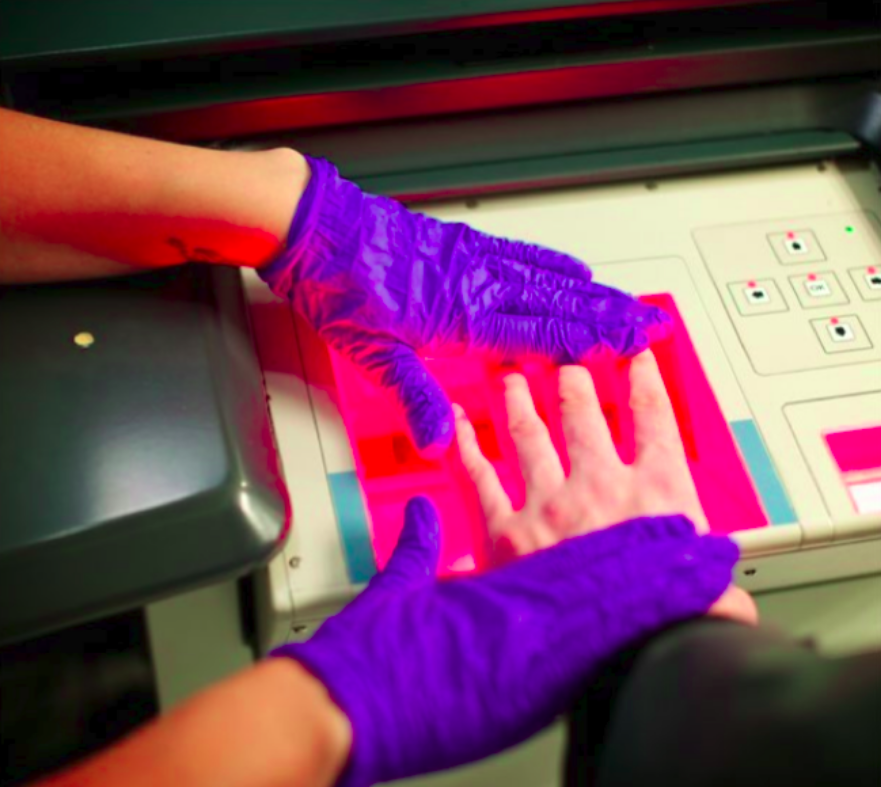 States and local governments that have licensing requirements take thirty days on average to process the license application, which may involve a background check. States or cities may have access to more records that have not yet been submitted to the federal National Instant Background Check System yet, which increases the chance that a prohibited purchaser would be denied from being able to purchase a handgun. 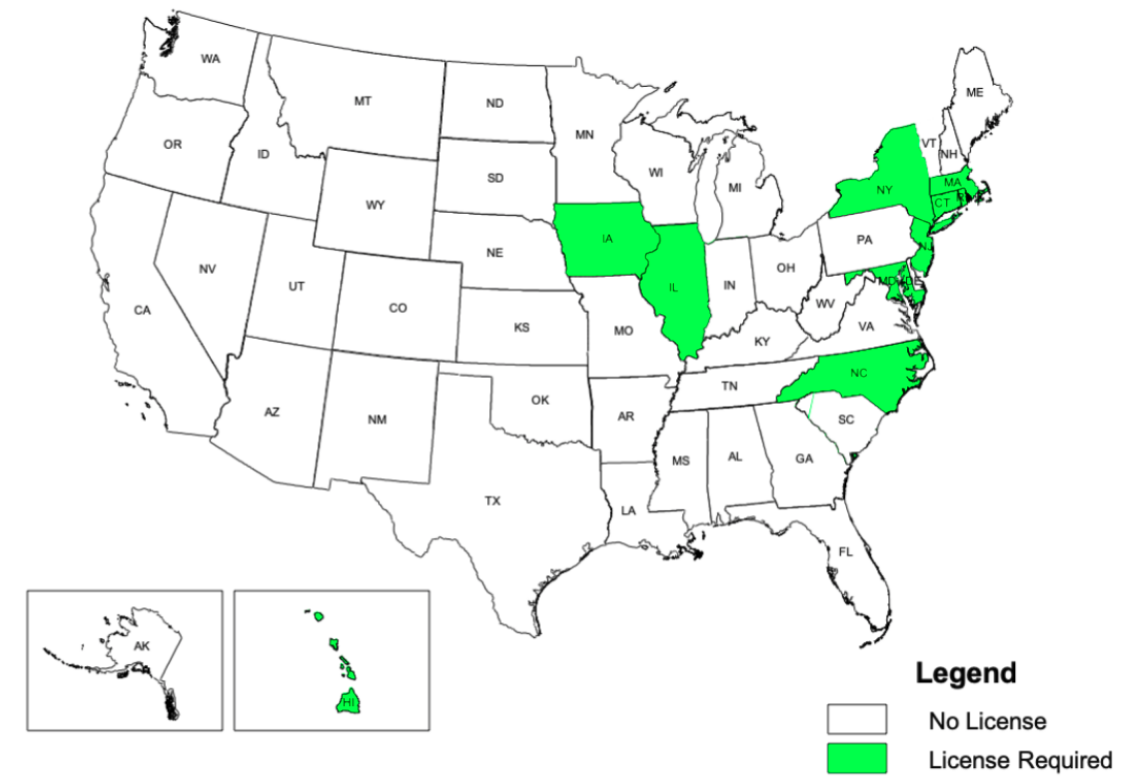 Only nine states require obtaining a license before purchasing a handgun, and the licensing varies:

Do purchaser licensing restrictions on handgun purchases have any effect?

Unlike universal background checks, handgun purchaser licensing laws reduce firearm homicide and suicide as well as prevent guns from being illegally diverted to criminals through dealers. A likely explanation for this is that direct interaction with law enforcement, a background check, and a built-in waiting period counteracts impulsive purchasers to harm oneself or others. Among the effects: (sources: Firearm Trafficking, Reducing Gun Violence, Initial Impact, Impact of Sales Laws, Association Between Law and Homicides, Effects of Changes, Effects of the Repeal, Evaluating Missouri, Association in Urban Counties)

Next up: Gun Dealer Oversight and Regulation